For today's tip, I want to share what I've learned about shooting macros.    Macros are amazing because I am surprised at what I find whenever I'm shooting.  You cannot see every detail at the time of capture, but when you see it on a big screen or printed large you find things you never imagined.   Look at the little fish stamped onto the watchpiece.  I didn't see it when I was composing the shot... 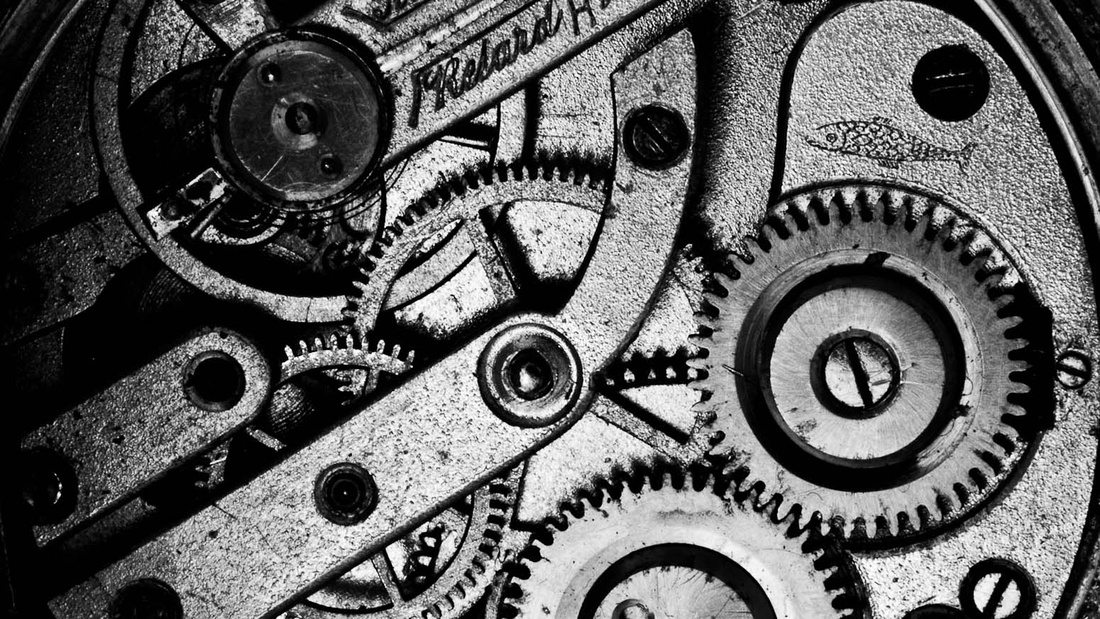 1.  Maintain sharpness your eye sees by knowing the plane you are shooting, especially hand held shots.

What many people find when they attempt to shoot tiny stuff is they are unhappy with the sharpness of the image.  It looks kinda ok in a little part of the image, the rest is just uninterestingly blurry.

The trick here is to imagine that your lens and sensor of the camera is always looking for a flat surface to shoot; if that means you have to turn the angle of the camera around to do this, you do it until you have the broadest surface area of the object or bug or whatever parallel to the lens center. In this way, even if you are shooting a shallow depth of field (like with a 100mm macro, anything less than f11 is pretty shallow) you will have the majority of the flat surface in sharp focus.

2. Increase your depth of field for more sharpness

Now the rule of thumb I describe in Tip #1 applies here; ideally you are shooting with a stationary object on a tripod, and then it doesn't matter how long the shutter speed takes, you can crank the aperture down to its smallest (in the above image, shot at 30th second at f32, using the EF100mm f2.8 lens at ISO125) and you will get all the depth of field you need.  It becomes less critical if you are "off" the plane a bit at that point because everything is sharp.

Here are some examples of really shallow depth of field.  The first grasshopper shot works only because the majority of the body is parallel to the lens.  You can see that the antennae behind it goes to blurry mush.  If I had shot this head on, all you would see is maybe its eyes and mouth. 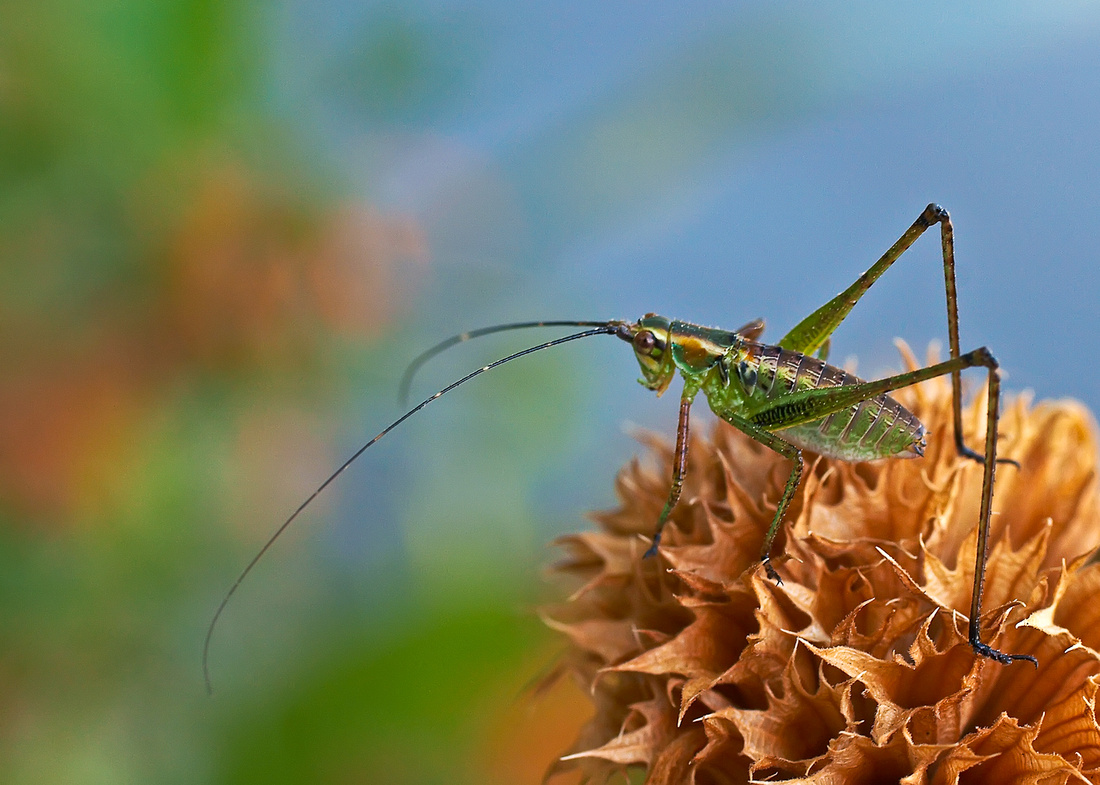 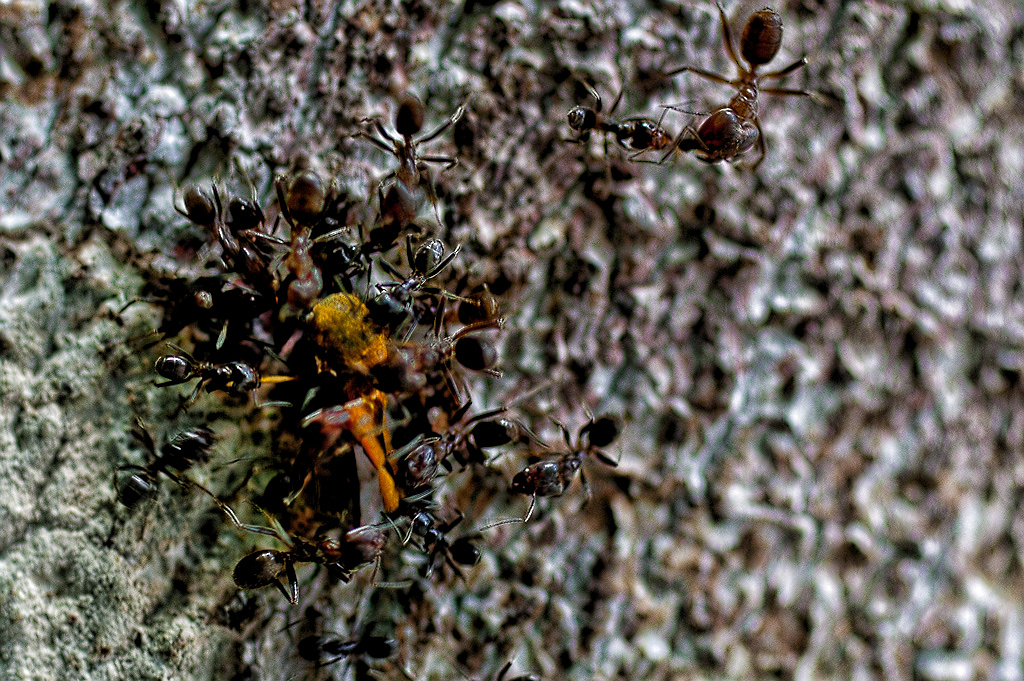 The above ant swarm shot was a super shallow depth of field, and all you are seeing is the tops of the bodies, just barely enough sharpness before the ground turns to mush.  Frankly I was lucky because this was done at 1/60th of a second at F2.8 using a 50mm compact macro lens at ISO 100.  It was a grab shot or I'd have cranked up the ISO and dialed the aperture down to f8 and likely 100th of a second to keep the movement of the ants from blurring them out. 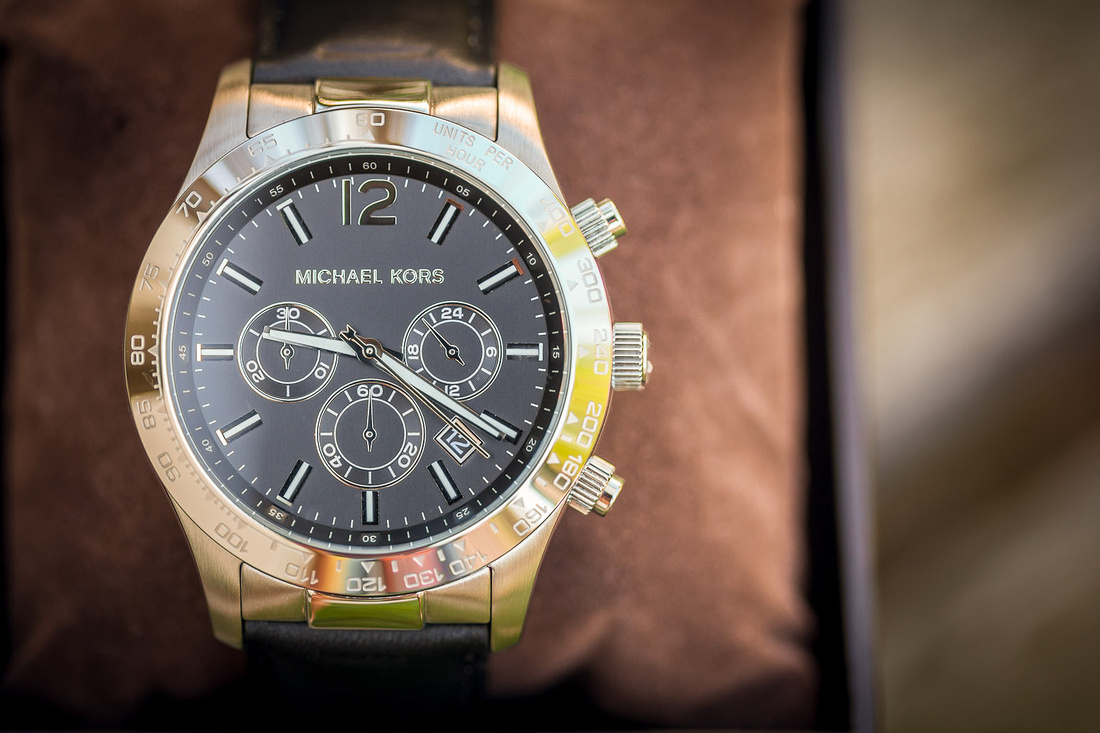 When you have mastered this with daylight, you can head on to using strobes for your macro shooting. 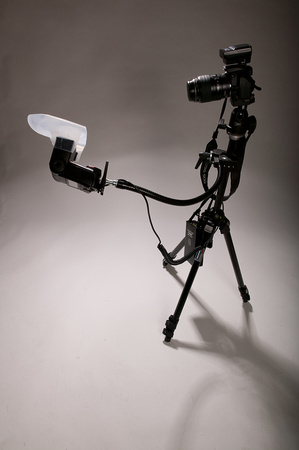 A macro shooting setup with gooseneck to move the flash anywhere needed.  Canon 100mm 2.8 macro lens, using the remote speedlight controller (IR) on a tripod.  With the Quantum battery setup.