So you bought that high-tech DSLR and lenses, and have been shooting on the green "auto" the whole time while noticing that those shots just don't seem to look professional.   The sky is washed out, no longer blue but white.  The puppy you were zooming on with your telephoto does not look sharp and his background is just a distraction.  There's just something different about a professional image and all you know is that yours doesn't look like that even though you have the same camera.  Are you ready to do something about it?

Your cameras Auto features will attempt to guess what the "best" exposure is in a given situation; it will quickly size up the scene by varying degrees of exposure in the image, from the darkest shadows to the brightest highlights based on a set of rules the camera must follow.  The aperture, shutter speed and even sensor sensitivity is set before you've half-pressed the shutter to take that exposure.  Your next shot moments later starts that process anew but not necessarily using the same exact aperture/shutter/ISO of that perfect shot before it.  In that sense, Auto mode is very unpredictable.

A photographer has to visualize what the photo should look like, and Auto mode does not know what your mind's eye wants to see so it picks "best effort".   It thinks (sort of) "well, I see lots of highlights in the majority of this image so I'll stop down to F16 and give it 1/125th /sec with ISO 160" or something like that.  But if it does that, you will have tons of depth of field, your background will be extremely detailed, and your image might appear underexposed.  Or it might suddenly do something else you don't intend.  So shooting manual gives you predictability; you are in control and you learn to predict the resulting look of the image.  Not all things look great "perfectly exposed".   Drama is often well placed shadows, and manual gives you the control you need to underexpose, overexpose and set the depth of field where you want it.  Auto can't do that! 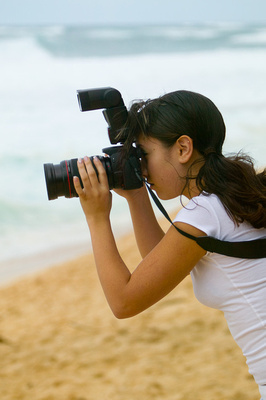 Here are some manual tips:

1.  Shoot RAW if your camera allows this.  You do not have the same latitude with jpg files later and usually the camera is doing some level of color adjusting, de-noise and other stuff that you can't undo without destroying the file.   The awesome thing about digital versus film is it does not hurt to shoot and throw away.  Also, you can look at the data for the camera settings and learn what worked, what didn't and explain why the image may be blurry or overexposed.

2. Set to manual and refer to Tip #1 for hand holding shots or shooting moving targets

3. Use your camera's exposure meter.  This is a tool that gives you some confidence that you are in the "ballpark" even before you click the shutter.  Meter the "hot" (brightest areas" at your current settings and then meter the darkest areas.   What is the difference between the two?  Is it one stop, two stops or three?  Sometimes splitting the difference is the easiest way to capture what you can and then adjust in Lightroom or other tool later.  Refer to your camera's manual as to how to read your meter.

4. Since you are outdoors and are wanting to get the sky to be blue, try metering the sky of your scene which is the brightest.  adjust your aperture until the sky is dead center exposure and back it off one fstop. Remember if it falls below the speed needed to hand-hold (tipg #1 again) then you have to push that shutter speed back up and adjust your aperture.   Then meter your scene again on the sky and take your shot. You may find that now there are deep shadows on a person's face but a gorgeous blue sky.   This is the perfect time to turn on that flash to fill those shadows in. 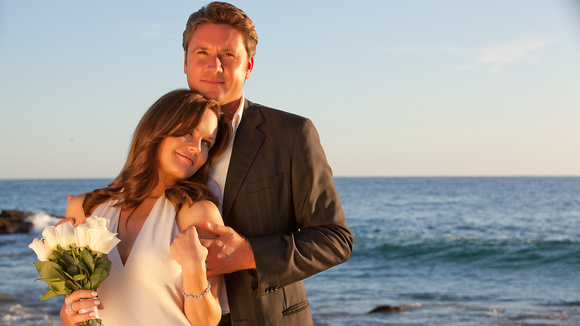 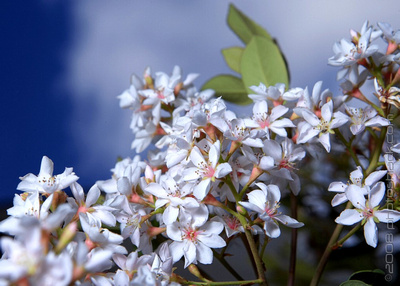 5. Experiment with DOF (depth of field) and then exposure.  Setup your own lab with bottles and cans.   Find a wall or fence and set a series of bottles and cans a foot apart along the length of the wall (a table will do).  Start by shooting the can nearest the camera from about five feet away, with your fstop set to its smallest aperture (f22 is common, some lenses go as high as f64).  Meter and set the combination of shutter speed and aperture while increasing the aperture (smaller f-stop) between shots.  What you will notice is there is a distinct relationship between the aperture and the shutter speed.   Do another set only this time from the beginning adjust the shutter speed faster one click for each Do this until you have gotten to the largest aperture your lens has (f2.8 or whatever).   Now compare the images in your editing program.   What aperture made the most pleasing "blurry background"?  If it was overexposed, shoot it again at that aperture and adjust the shutter speed until it has a proper exposure.   Now you have your "sweet spot" for shooting at that distance, with that lens for that "look".  This experiment can be done with just about any scenario where you are able to tell exactly what is in sharp focus or not, including people.  Once you have figured out how the two settings reciprocate and how to expose for looks, i recommend you use a DOF calculator so you can plan your shots with different lenses easily.   You can even get an app for your smartphone so you can do this anywhere.   Check out dofmaster.com.

6.  Don't give up.  You will get the hang of it the more you do it.   Resist the temptation to go back to Auto...master this first.  Then work your way up to TV (Time Value mode) and AV (Aperture Value mode).

7.  Experiment by deliberately underexposing; some of my best macro work is intentionally underexposed because it gives super saturated colors.   I'll have another tip for brightening up selective areas in Lightroom in another Tip.